Electric vehicles (EVs) are a fairly recent phenomenon around the world, and more so in Ethiopia. As much as the idea seems to be luxurious for African countries, recent developments show that they might not be far off. The automobiles’ environment- and cost-friendly operation seem to be fast-tracking their realization worldwide. Ethiopia is also a nation with some experience in electrifying public and freight transport. With the launch of assemblers and an ever-increasing interest of importers toward such automobiles, we are not far off from EVs becoming commonplace. Yet, even though Ethiopia might benefit by reducing foreign exchange outlays to import fuel, lubricants, and spare parts, the growing prospect of electrified cars could be puzzling in a country where half the population has no access to electricity, writes EBR’s Eden Teshome.

Bereket Admasu, a 38-year-old chemistry Teacher and father of one, had been making his living between Hawassa and Addis Ababa for more than ten years. That changed when he won a scholarship in 2021 to join Uppsala University in Sweden to study renewable energy and physical chemistry. When EBR contacted him in early April, he had just heard of exciting news that could change his career’s path, post-graduation.

“I am now looking at the prospect of joining Volvo for a three-month internship,” Bereket told EBR in excitement as he will be working in a team of Electric Vehicle (EV) researchers. There are a growing number of EVs on the streets of Sweden, of which Volvo plays a major role. The Nordic nation saw full electric vehicles control 31.8Pct of the total market share for automobiles in March. Plug-in hybrid electric vehicles (PHEVs)—a combination of gasoline and electric—account for a further 23.7Pct of the market while internal combustion cars take up only 28.3Pct.

Sweden’s rocketing EVs uptake is so fast that they don’t seem to be as worried by the impact of the Russia-Ukraine war on their fuel imports. Still, even though Bereket gives increased attention to job prospects in Europe after he graduates, he is well aware of recent developments at home. “I have seen Marathon Motor’s gift to the Prime Minister and news that it will manufacture EVs. It is all exciting,” Bereket told EBR.

Ethiopia is witnessing early signs of EVs on the streets of the capital. Even though they might do little to solve grand malaises facing the nation’s transport system, these new additions are bringing a taste of their own to the automobile industry. In a marketing stint in July 2020, Marathon Motor—majority-owned by Haile Gebrselassie—presented an electric Hyundai automobile to Prime Minister Abiy Ahmed (PhD). It was a signal of things to come.

The company launched an electric vehicle assembling plant in its premises on the outskirts of the capital in December 2021 and unveiled the first EV charging station which allows drivers to fully charge in 15 minutes. It also introduced two EV models for the market—the Hyundai KONA and Ioniq. With a production capacity of 10,000 automobiles per year, such enterprising moves and vehicles are a step in the right direction towards reducing fuel and maintenance costs which are eating up the nation’s foreign exchange reserves.

Hyundai’s offerings can be charged at home and, when full, can travel up to 304 kilometers. Additionally, a portable 50-kilowatt charger can fully charge the automobile in 30 minutes. As Marathon expands the business, it intends to establish charging stations around the country in similar fashion to gas stations.

Green Technology Ethiopia PLC, part of the Shemu Group, is another company involved in the electric car industry for the past two years and has imported over 300 rechargeable solar and electric vehicles in six model types. With the goal of promoting sustainable energy in the country, it has plans to import 5,000 such vehicles in the next five years. Chinese car manufacturer Dongfeng Motor Corporation supplied the EVs, and the business hopes to open a manufacturing plant in the near future.

Others in the automobile industry also seem keen to test these new rides. Korenti Motors is one such importer located in the capital’s Wello Sefer area. Their showroom only consists of electric models including those of the German Audi and the Chinese Weltmeister and JAC. With a travelling capacity on a full charge of between 252 and 400 kilometers, all of Korenti’s models can be charged at home on commonly available sockets. Prices at the importer begin at around ETB1.4 million, while averaging around ETB2 million. The most expensive goes for ETB10.2 million.

An electric car, often known as a battery-electric car, is a vehicle powered entirely by electricity stored in batteries. They are quieter, emit no exhaust, and have fewer total pollutants than internal combustion engine (ICE) vehicles. Electric vehicles may be charged using a variety of charging stations including those found in residences and public spaces.

It is widely argued that, taking the vehicles’ life cycle into consideration, EVs are less expensive to own and operate. Where the initial purchasing cost is usually more than comparative ICE vehicles, EVs compensate through running expense reductions. The lack of outlays for fuel, lubricants, and spares for moving parts greatly diminishes running costs for owners. Thus, industry observers argue that their operational cost is a lot lesser. Upon comparison of similar models, EBR found that an EV costs ETB0.06 at prevailing household electricity rates while ICE vehicles running on benzene require ETB2.58 per kilometer. However, the EV’s purchase price is around 65Pct more expensive.

One major maintenance expense facing EV owners is battery replacement, but even this is after 10 to 17 years depending on various factors. Currently, such batteries go for around USD5,500. A study conducted by We Predict, a predictive analytics organization, shows that during the first three years of ownership, EVs cost approximately a third less to service than ICE vehicles. EVs have fewer moving components that might malfunction and don’t require some of the periodic maintenance works that traditional automobiles require, like oil changes. Industry advocates refer to EVs as maintenance-free and there has been no evidence of widespread battery failure in EVs. The technology will continue to improve over time. Fuel-powered cars, on the other hand, require servicing every few thousand kilometers. The older cars in Ethiopia would require more frequent and perhaps more expensive maintenance expenses. Their contribution to air and noise pollution is also much higher. 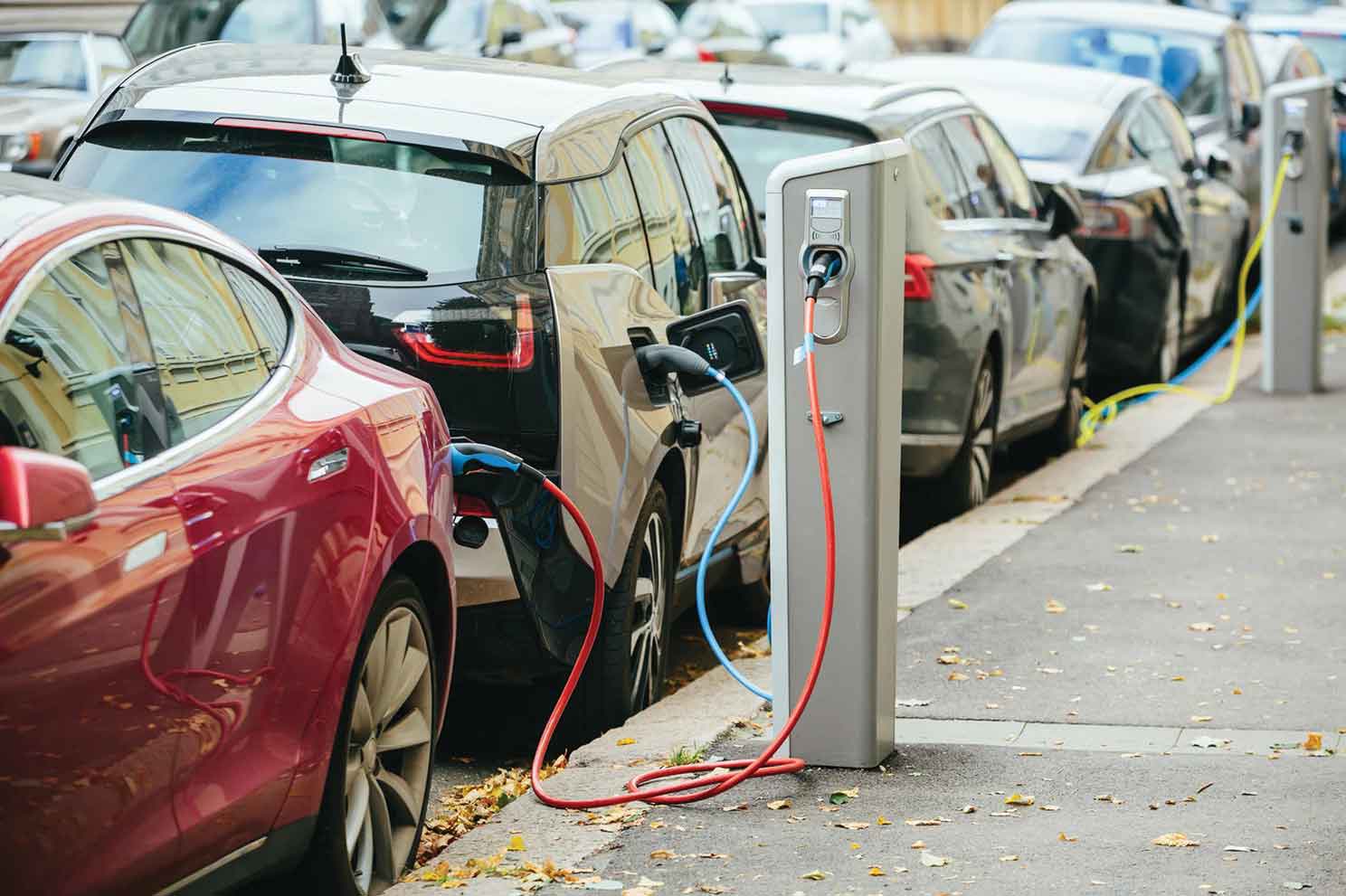 For countries like Ethiopia whose main chunk of foreign exchange reserves are spent on fuel imports, the benefits of EVs are hard to ignore. Ethiopia spends about USD12 billion to import fuel annually. Electricity, on the contrary, is cheap and abundant to the point of being exported. Demand for vehicles is high in Ethiopia as the nation looks destined to grow out of the classification of having the world’s lowest car population per capita. A total of 1.1 million vehicles transverse the nation, half of which are located in the capital. Small cars account for around 219,699 of the total number.

Ethiopia’s hydroelectric power potential can easily host EVs. The caveat is distribution and untapped potential. In Ethiopia, over half of the country’s population does not have access to electricity, with the majority of them living in rural regions. Power outages have been common in large cities, including Addis Ababa. However, there is a wealth of renewable energy resources in Ethiopia—with an estimated total capacity of over 60,000 megawatts (MW) of electricity from hydropower, wind, solar, and geothermal sources.

Despite Ethiopia’s energy potential, the nation is battling energy shortages and load shedding as it tries to service a population of over 110 million people and ever-rising electrical demand, which climbs almost 30Pct every year. Currently, around 4,500 MW is generated and has been recently augmented with 375 MW from one turbine of the much-anticipated Great Ethiopian Renaissance Dam (GERD), the country’s giant hydroelectric power production facility. However, the nation’s requirement thus far is only 2,900MW.

“There is enough supply into the national grid,” says Moges Mekonen, Communications Director at Ethiopian Electric Power. So, if anyone asks for additional electric power, we are able to offer it,” Moges told EBR.

Even though it might sound too luxurious for a nation with power disruptions and minimal circulation, the role of EVs in cutting emissions and forex outlays has been noticed by authorities. Dagmawit Moges, Minister of Transport and Logistics, stated that outdated automobile imports are the biggest contributors to pollution in the nation during a stakeholder engagement meeting in September 2020. According to Dagmawit, the transport sector is responsible for 75Pct of greenhouse gas releases. Electric automobiles will thus be critical in reducing air pollution. Through its Ten-year Perspective Plan, the ministry looks to establish sustainable transportation services by expanding renewable energy to reduce pollution, according to Dagmawit.

Even though it is a relatively new phenomenon in Ethiopia, the world has been producing and using electric vehicles for more than a decade. In 2021, according to the International Energy Agency, electric car sales more than doubled to 6.6 million—close to 9Pct of the global car market and more than tripling their market share from two years earlier. China led global growth in electric car markets in 2021 as sales nearly tripled to 3.4 million, which is more than the rest of the world combined.

To minimize air pollution and prevent climate change, several nations have developed government incentives for plug-in electric vehicles, such as tax credits, subsidies, and other nonmonetary incentives, while others have legislated to phase out sales of fossil fuel automobiles. Ethiopia is late to the party and is lacking towards infrastructure and incentives that will nurture the budding industry.

“As of now, there are no incentives available in our country; every vehicle that we import is taxed the same as conventional cars except for the deduction of excise tax,” says Fitsum Deressa, General Manager of Green Tech. “However, we are communicating with the Ministry of Transport on a regular basis. They are trying to support us in various ways and incentives may be available soon.”

Ethiopia is not entirely new to the idea of electric-powered transportation. The Addis Ababa to Djibouti railway line is East Africa’s first modern electrified railway route and is an upgrade of the original line opened in 1917. A total of 666km of the line is in Ethiopia, while 93km is in Djibouti.

The capital of Ethiopia is also home to two light rail lines—from north to south and from east to west—to become sub-Sahara Africa’s first light rail and rapid transit system that is fully electrified. Inaugurated in 2015 by then Prime Minister Hailemariam Desalegn, the 31.6-kilometer-long lines include 39 stops and can accommodate train speeds of up to 70km/ hr and 60,000 commuters per hour—though both capacities are far from fulfilled due to various factors.

Even though the streets of Addis Ababa might witness more imported EVs soon, the prospect of jobs in an expanded EV manufacturing sector may not be here yet. But Bereket will be watching closely from Sweden. Marathon Motor has begun assembling and there are prospects for others to follow suit. The trend globally ensures a quickened transfer from ICE cars to EVs in the Ethiopian automotive sphere.

“Of course, I would prefer to work in my own country for many reasons if the sector is going to develop further,” Bereket told EBR.

Electric vehicles are designed to reduce emissions, which are a major source of carbon dioxide and other pollutants that contribute to smog. As a result, bringing them to the streets of Addis would be beneficial to our environment. Even though materials required to manufacture batteries are non-renewable mined products of the earth, they are still friendlier to the environment and the wallets of their owners than conventional cars powered by petrochemicals. The initial higher cost to purchase the vehicle is offset by much-cheaper running costs, as well. It is already not an anomaly to see EVs in the nation and they are increasingly becoming popular.