Nigussie Meshesha (PhD.), CEO of the corporate during the signing ceremony said that the agreement pursues to collect, organize, analyze, and disseminate information on television channels based on the university’s vision, mission, and overall performances.

According to the CEO, Walta is a strategic partner for the universities in disseminating audio and video information on various social media outlets, Radio and Television channels being managed by the corporation.

Since Walta plans to launch a science, innovation and research television channel recently, it will work with universities to magnify their research based woks at large for the best interest of the society. In this regard, Walta will be able to coordinate and carry out its cooperation efficiently and effectively, Dr. Nigussie added.

It is said that the media and communication activities will contribute to the promotion of work done by the centers of excellence in the universities, to expand research based works and to exchange experiences.

The two institutions have 10-years long partnership and have been working on establishing an Ethiopian Quality Award Organization, Prof. Tassew added.

Similarly, Ahmed Kelil (PhD.) President of Madda Walabu University noted that the agreement with Walta will be a great opportunity to broadcast research works of the university that will bring about concrete lifestyle changes of farmers and pastoralists by promoting tourism resources in Bale area. 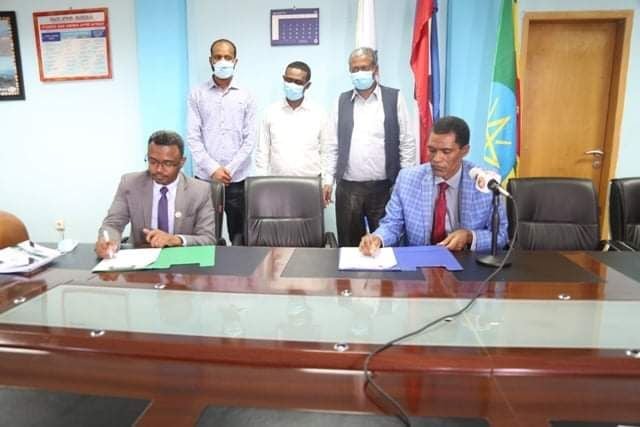 According to Dr. Ahmed, Madda Walabu University is intensively working with focus on biodiversity and tourism.

Jemal Abafita (PhD.), President of Jimma University on his part said Walta has been able to collaborate with universities in addition to its efforts to focus on addressing public and national issues.

President of Bonga University Petros Woldegiorgis (PhD.), also said that we are pleased to cooperatively work with Walta to bring about solutions by focusing on community-based researches for a prosperous chapter of the country as a result.

In the same token, Damtew Darza President of Arba Minch University also said that the signed MoU with Walta would create a good opportunity to achieve more results in the research area.