By DARREN BOYLE and JENNY STANTON FOR MAILONLINE

Up to 150 people have been murdered by masked al-Shabaab terrorists who stormed a Kenyan university and shot and beheaded Christians in the worst attack in the country in 17 years.

The group raided the Garissa University College campus shortly after 5am local time yesterday, overwhelming guards and murdering people they suspected of being a Christian.

Most of those killed were students but two police officers, one soldier and two watchmen are among the dead.

Scroll down for video 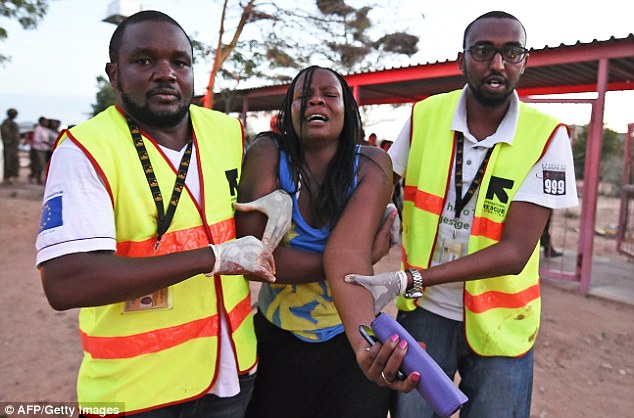 Distraught: Paramedics help a woman injured during the attack on the Garissa University College campus 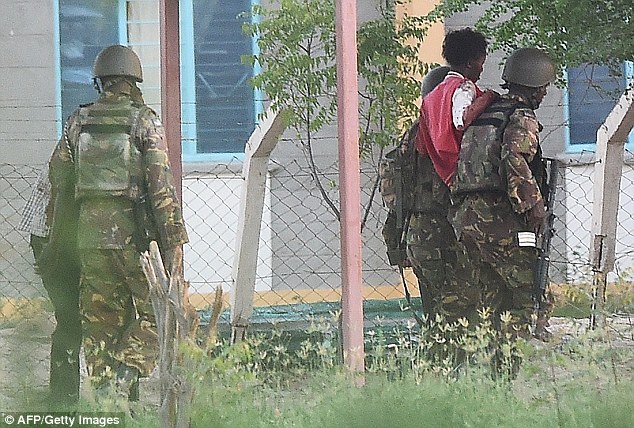 Safety: A student hostage is escorted out of Garissa University College after Kenya Defence Forces ended a siege by terrorist gunmen 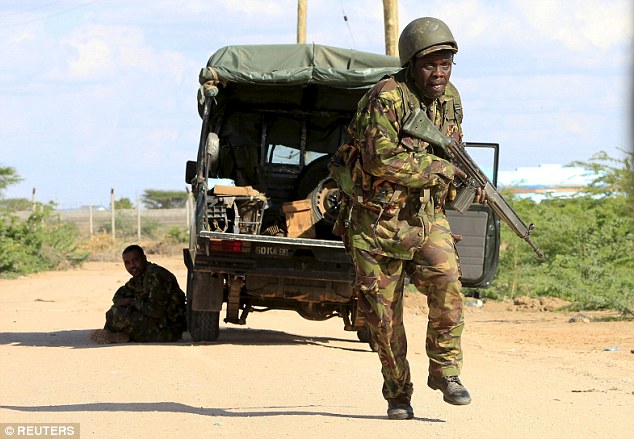 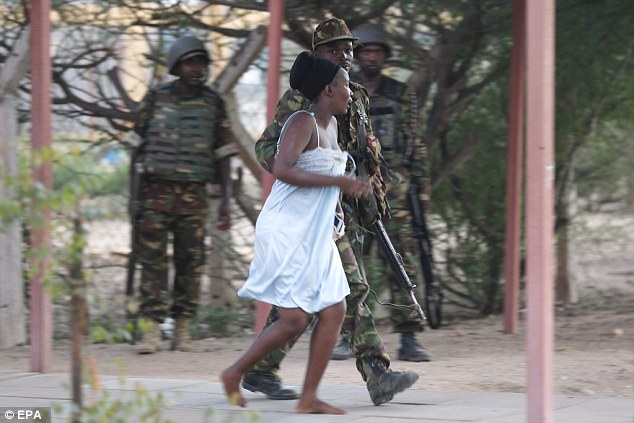 Rescued: A woman is led to safety from the building where she was held hostage by al-Shabaab terrorists 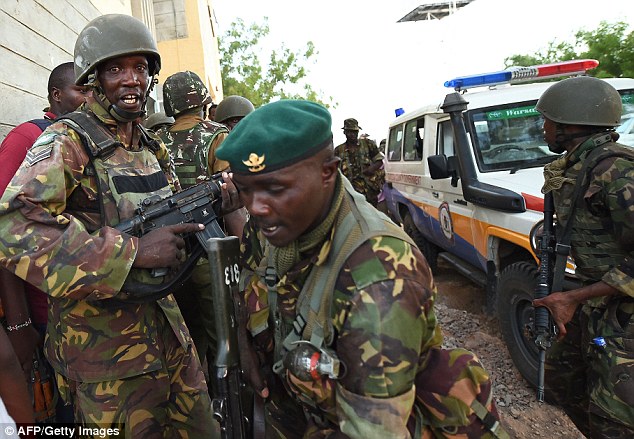 Soldiers pictured at Garissa University College campus, where 147 people have been murdered by al-Shabaab terrorists

Kenya’s interior minister, Joseph Nkaissery said the four terrorist gunmen had strapped themselves with explosives. When officers shot at them, they exploded ‘like bombs’ and shrapnel injured officers.

Kenyan security officials at the scene said dozens of hostages were freed and four of the gunmen, believed to be armed with AK-47s, were killed.