To Canada’s Brian Stewart — the veteran journalist who helped uncover the Ethiopian famine of 1984 to the world, long before Bob Geldof made it an infamous milestone in the world of charity-giving and imprinted extreme poverty as synonymous with Ethiopia — the East African country is still a country the world cannot stop worrying about.

Then again, how could the world not do that, when the images of young famine-stricken faces are still fresh in our minds after so many decades? Because of this tragedy, the world has made Ethiopia a popular destination for its pity and charitable gestures; yet extreme poverty still remains high. There are still millions in need of emergency food aid and many suffering from extreme poverty.

The award-winning journalist has since observed, despite some dotted positive advancements, that “Ethiopia cannot yet feed itself without the help of the rest of the world” and the “unpredictability of this help means the threat of severe food crises, even famine, is never far away.” That is a sad reality.

The Economist — the world’s most influential business voice that once bragged about Ethiopia’s new status as “Africa’s fastest growing non-energy economy,” has now begun to write a number of critical articles about Ethiopia. With the Dutch-based flower grower, Esmeralda Farms, recently losing 10 million Euros from its investmentin Bahir Dar because of the recent civil unrest.

How do we advance a nation that can ultimately become self-sufficient, rather than continue to benefit from handouts from western countries?

I wonder what impact this could have on potential investors to Ethiopia. With less potential investors, Ethiopia will likely not be able to afford to offer the social safety net it needs to its most vulnerable citizens. We should never neglect the fact that the role of the government is not to create jobs, but produce an attractive environment for citizens to create jobs, and in return have the government earn healthy tax. This helps to create an equitable and fair environment for all.

As long as I have lived and known Ethiopia, civil unrest, extreme poverty and corruption have always played a role in its conversation. In fact, at times, it feels like our social shortcomings have been entrenched in the fabric of Ethiopia’s citizenship. The fundamental question that we should entertain currently is: how do we advance Ethiopia’s collective interest of a healthy and prosperous nation that can ultimately become self-sufficient, rather than continue to benefit from handouts from western countries?

With Ethiopia currently dominating mainstream news in the pages of the Washington Post and the like’s editorial and opinion pages, should we once again embrace foreign aid or become advocates for trade as the better option? I like to think that the latter is what is needed in Ethiopia.

There is no denying the important role foreign aid plays in the world. During the Ethiopian famines, the Asian tsunami crises, and in broken nations such as Syria and South Sudan, foreign aid has played and continues to play an important and profound role in people’s lives. Charities have always saved lives and given people second, often third and fourth, chances in life. However, they are only effective when used as a Band-Aid solution for short term goals. 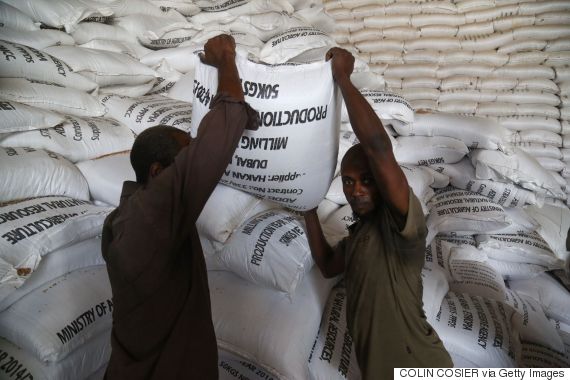 The difference I have with foreign aid is the very limited role it plays in the long term commitment to helping society become self-sufficient and independent.

At best, foreign aid has created dependency, produced corruption, intensified war and made unhealthy heroes of celebrities. Lest we forget, aid was lethal to Ethiopia during Mengistu Hailimariam’s era, where, according to James Peron, the executive director of the Institute for Liberal Values in South Africa, and as reported by the New York Times, “aid officials believed that Mengistu’s regime sold some of the food aid on the world market to finance the purchase of arms.”

Despite the billions earmarked for the world’s efforts to help Africa unshackle itself from extreme poverty, not much has changed. In fact, according to Gallup World, 10 of the top countries with the highest rate of poor citizens reside in Sub-Saharan African countries, and Ethiopia is one of them.

As the International Monetary Fund pointed out in 2005, in a report titled — “Aid Will Not Lift Growth in Africa” — “donors and campaigners should be more modest in their claims that increased aid will solve Africa’s problems.” It has not. As Nobel Prize-winning economist, Angus Deaton, correctly pointed out — “aid does more harm than good, damaging the opportunities for poor people to grow richer.”

With aid, we will just promote dependency and produce a slew of second class citizens.

Trade is the better option for Ethiopia. According to the European Union, as a result of trade, between 2000 and 2008, “GDP-per capital increased by between $325 and $625 in the least-developing countries.”

As we witness a number of foreign-owned textile and flower companies getting destroyed, I wonder if we are also destroying the foundation of what is essentially helping to change Ethiopia, creating jobs and opportunities. Even if a perfect Ethiopian society were to exist, can that society exist without foreign investment? Even the U.S. economy is sustained because of the direct involvement of foreign investment. In looking at trade, however, we should ask ourselves — what kind of trade is good for Ethiopia? How could we ensure the benefit of trade helps those that need it the most?

With fierce competition for foreign investment, we should never aspire to be like Bangladesh, or the next Walmart of Africa, where cheap and underage labour have become a real and pressing concern. The role of the government is to protect its citizens from exploitation, as its main role to provide the framework needed to produce a society of equals. If governments do not ensure that, we will continue to provide the ingredients for a future civil unrest, which we are seeing in Ethiopia. This will continue to drive away the investors that the country so desperately needs.

In good and open trade, governments should never attempt to produce a handful of the next Bill Gates, but rather a middle class society of millions that can afford to be generous and supplement the social safety net that the vulnerable need and deserve. With aid, we will just promote dependency and produce a slew of second class citizens.

A version of this article first appeared in Ethiopia’s Addis Fortune newspaper.

ISIS executes 19 girls for refusing to have sex with fighters