At the summit and beyond, expectations on Ahmed’s shoulders are high.

“This new guy – he’s a good guy. Very good brain. Now everything in Ethiopia is going to be OK”.

My taxi driver Daniel offers up this unprompted insight as we zip through the streets of Addis Ababa, letting me in on the sentiment around the unprecedented year Ethiopia had.

The “new guy” is Dr Abiy Ahmed, the recently selected chair of the Ethiopian People’s Revolutionary Democratic Front (EPDRF), the coalition that has been ruling Africa’s second-most populous country for 27 years. At 42 years old, Dr Ahmed is not just the youngest Ethiopian prime minster ever, but also the first from the Oromo community, the largest ethnic group in the country. For Daniel and others who offered their unprompted opinions, Dr Ahmed not only offers respite from nearly two years of political and social upheaval that threatened to undo Ethiopia altogether, but the hope of a more inclusive and democratic Ethiopia.

Earlier in the week, Dr Ahmed offered the keynote address at the Tana High Level Forum on Peace and Security in Africa, an annual event held in the resort city of Bahir Dar, the State Capital of the Amhara region. Similar to the Davos World Economic Forum, the event brings together current and former political and academic leaders on the continent for an informal dialogue on enhancing peace and security on the continent. At the margins of the summit, hundreds of bilateral meetings between regional politicians, Addis Ababa’s vast diplomatic corps and numerous international organisations make this one of the more significant networking events at the continent.

Bahir Dar was a stopover for Dr Ahmed in the midst of a whirlwind tour of Ethiopia, uneasily calm after years of intensifying unrest that implicated three of the country’s largest regions – Amhara, Oromia and the Somali region. The prime minister arrived at the forum after visiting Gondar, a historical town known for its 15th and 16th century churches and distinct orthodox Christian crosses that was the epicentre of many protests in the previous two years. By the time Ahmed arrived in Bahir Dar, internet access in the town had only just been restored after a nearly two year shut down.

The air in Bahir Dar was electric with anticipation of Ahmed’s arrival, with everyone waiting to hear what he has to say. “He’s very young,” said one driver, “but he’s very clever. He is [a] doctor, you know?”

At the summit and beyond, expectations on Ahmed’s shoulders are high. Both Amhara where the forum is held and Oromia where Dr Ahmed is from have seen intense political upheaval that analysts argue may have broken Ethiopia altogether. It began with an ambitious plan to relocate poor residents of Oromia to facilitate the expansion of the capital Addis Ababa. As there would be no compensation for those displaced, a cycle of protests and state oppression began in Oromia, culminating in the alleged massacre of over 500 people at the Ireecha or Oromo New Year celebrations in 2016. Similar protests in the Amhara and Somali region soon began as a cry for greater political representation for groups, triggering unprecedented changes in the country’s leadership. Final numbers are unclear, but the Addis Standard alleges that hundreds have died and at least one million Ethiopians have been displaced in the chaos.

In contrast to earlier speeches in parliament and at various stops on his tour, at the summit Dr Ahmed’s speech did not touch on Ethiopia’s political flux, but the symbolism of his visit is unmissable for Ethiopian watchers.

Outside Ethiopia, Bahir Dar’s most famous son is Eskinder Nega, a journalist who had, until March, been in prison for seven years because of his criticism of the EPRDF regime. According to the Committee to Protect Journalists, Nega was at one point the longest held journalist in the world and the recipient of numerous awards recognising him as a prisoner of conscience.

Nega’s treatment over the last three months is symbolic of the uncertainty within the EPRDF as to how Ethiopia will be moving forward: that the country seems eager to embrace the new possibilities of freedom but apparently unsure of how to do things differently. In February 2018, Dr Ahmed’s predecessor, former Prime Minister Hailemariam Desalegn unexpectedly announced the release of Nega and hundreds of other political prisoners. The announcement was at first met with scepticism and then unbridled joy as it seemed that years of advocacy was finally bearing fruit. Since he assumed power in 2012, Desalegn, a deeply religious engineer, was expected to merely continue the EPRDF’s history of suppression and state violence, not to carve out a political path for himself as an individual. In fact, in news media outside Ethiopia, the announcement was perhaps the first time Desalegn was discussed as an individual and not as the head of an amorphous, bloody political machine.

Ethiopian news outlets quickly backtracked on the announcement, insisting that Desalegn had been misquoted and that only some political prisoners would be released. But the announcement seemed to prompt a leadership crisis in Ethiopia, particularly as it was soon followed with the announcement of his resignation. Then, silence, as the internal machinery of the party retreated and regrouped. From an analytical perspective, we expected a small blip – it would soon be business as usual in Ethiopia – only for Desalegn to once again order the prisoner’s release and then actually resign.

For Ethiopians, Ahmed’s identity and intelligence, as well as the unprecedented changes he has overseen since taking office on April 2, suggest that change is imminent.

Barely a month after his release, Nega and other journalists attending an informal gathering at a private residence were arrested and sent to the infamous Maelekawi prison. Even while footage of Ahmed giving a stirring speech in parliament promising a new Ethiopia remained fresh, distressing images of the detainees in cramped cells quickly made the rounds on social media. The opprobrium and disappointment was quick – was everything that Ahmed promised a lie?

In fact, it was yet another symptom that after 27 years in power, the EPRDF had developed an internal modus operandi that didn’t necessarily require the participation of the sitting leader to keep moving. Although no effort was made to disguise the fact of their arrest, after another two weeks, Nega and other journalists were released and according to local media, Maelekawi was closed for good. Yet two days before the Forum, Nega was scheduled to fly to New York to receive an award from Amnesty International and Ethiopian activists allege that his passport was confiscated and he was denied travel, only to have it permitted less than 48 hours later.

None of this is discussed in the public discussions at the forum, even though it is held while a state of emergency is still in place and in the context of a policy of absolute candour. In fact, the public winner in the race for diplomatic access to Ethiopia’s new leader is Omar el-Bashir, the president of Sudan indicted for crimes against humanity at the International Criminal Court, who jetted in for the summit but barely attended. There were quiet meetings between the two men, perhaps to establish diplomatic channels in the face of an increasingly complex relationship. Ethiopia’s relationship with joint neighbour Eritrea remains hostile – they share the most militarised border on the continent, even while Eritrea and Sudan have warm relations. Yet the recent upswing in base building by foreign countries like China, France and the US, particularly in neighbouring Djibouti and Somalia has created an unexpected common cause between the two countries. Also, tensions between Egypt and Sudan over a shared border and the use of the waters of the Nile – which rises in both Ethiopia and Sudan – increase the need for diplomatic coordination between Ethiopia and Sudan. Bashir is the only other sitting African leader at the forum, signalling an urgency to connect with Ahmed at the seat of the African Union, a partner of the Forum.

Some of these issues do make it onto the discussion, in an unexpected way. Desalegn is an unmissable figure, not least because of his staggering height and distinct moustache. When he speaks, he offers some of the most unambiguous defence of human rights on the continent and suggests that the militarisation of the Red Sea should be a security priority for the African Union at a session that periodically drifted into empty, bureaucratic jargon. Despite Ethiopia’s reputation for suppression of the public sphere, he eloquently makes the case for a robust response from the AU to ongoing crises in the region. At the end of the forum, young staffers from the hotel scramble for selfies and handshakes and although he still has security, Desalegn allows them to approach and smiles broadly for all the cameras.

Desalegn declined to comment for this piece but his affable, congenial presence at the Forum suggests that he may be positioning himself for an elder-statesman role, similar to that played by the Forum’s outgoing chair, former Nigerian President Olesegun Obasanjo. In a region beset by leaders increasingly reluctant to peacefully concede power, his decision to resign allows him to easily leap over the admittedly low bar of what constitutes good governance in East Africa. He has already received the Ethiopian Medal of Honour – the highest civilian honour in the country. However, of Ethiopia’s well documented economic growth, Daniel the taxi driver told me “buildings, buildings everywhere in Addis Ababa but we cannot eat buildings!” Apparently, Desalegn resigned just as Ethiopians had finally had enough of economic growth without meaningful progress.

Meanwhile his successor carries the weight of knitting together a country that, despite breakneck economic growth and pride of place on the continent’s political hierarchy, was careening towards revolution. For Ethiopians, Ahmed’s identity and intelligence, as well as the unprecedented changes he has overseen since taking office on April 2, suggest that change is imminent.

In one plenary session at the Forum, Nigaria’s 80-year old former President Olesegun Obasanjo chastised a pair of young men who had been offered a chance to address the forum as a prize for winning an essay competition. “You cannot speak for your country,” he insisted, “you can only speak for your colleagues. Wait your turn!” Ironically, a 42-year-old former soldier with a PhD in Peace Studies who refused to wait his turn is now responsible for fundamentally reforming the country where he was speaking.

The views expressed in this article are the author’s own and do not necessarily reflect Al Jazeera’s editorial stance. 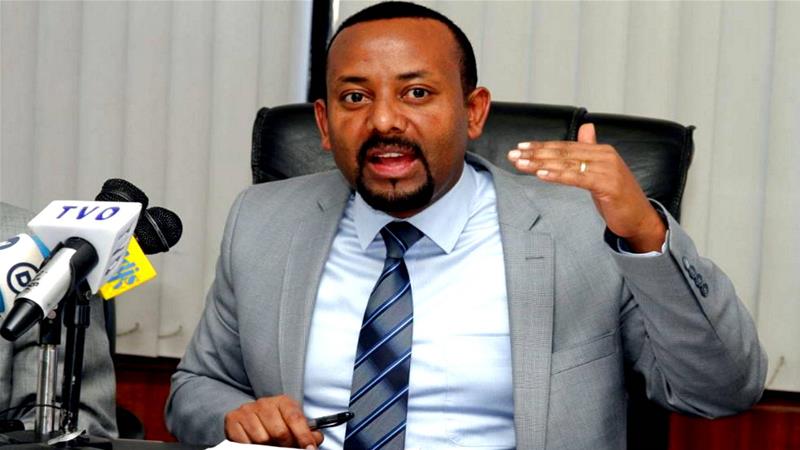 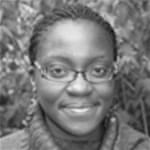 Nanjala Nyabola is a political analyst and the author of the forthcoming book “Digital Democracy, Analogue Politics”.