Israeli president, Reuven Rivlin, on Tuesday May 1 arrived in Ethiopia for an official visit on the request of his Ethiopian counterpart, Mulatu Teshome.

He flew in on board an Ethiopian Airlines flight and was received at the Bole International airport by top government officials.

A visibly excited Rivlin said he was exchanging a visit after Queen Sheba, that he was coming in the name of (king) Solomon. Asked about his flight, he responded: A very pleasant flight … (Ethiopian), they are a very good airline.

On Wednesday morning, he held meetings with Ethiopia president at the national palace. State media report that he also met with Prime Minister Abiy Ahmed. The PM is currently on a two-day visit to Sudan.

President Rivlin is expected to address the Ethio-Israel business forum to be held in the capital Addis Ababa.

He was accompanied by a business delegation led by Shraga Brosh, President of Manufacturers Association of Israel. 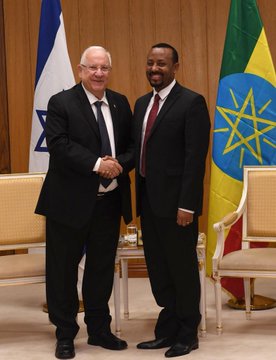 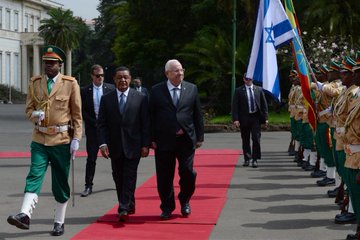 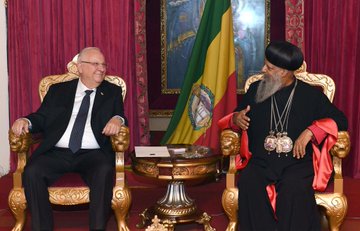 They are the first operators on the continent to take delivery of the Boeing 787-9 dreamliner. The airline currently flies to over 50 African cities in what is the largest network by a national carrier.

Two major decisions made recently by the carrier include switching fully to digital processes in its operations and also the provision of free Wi-Fi access for travellers using its main hub, the Bole International Airport in the capital Addis Ababa.

Ethiopian – a member of the Star Alliance group in its seven decades of operation has become one of the continent’s leading carriers in terms of efficiency and operational success.

They command the lion’s share of the pan-African passenger and cargo network operating the youngest and most modern fleet to 95 international destinations across five continents.

Emir of Riyadh participates in the arrest of 469 Ethiopians

Habtamy Ayalew record message: Asking his friends and supporters for patience and understanding until his medical treatment and recovery