SLAMIC State (ISIS) commanders have been wiped out in a suicide bomb attack by one of their own terrorists.

The jihadi detonated explosives at a meeting in ISIS-controlled Qaim district in Mosul, Iraq, killing a number of leaders and himself.

It comes as bloodthirsty militants lose ground in their stronghold in Iraq, with their reign of terror confined to an area of about 1km square in Mosul. 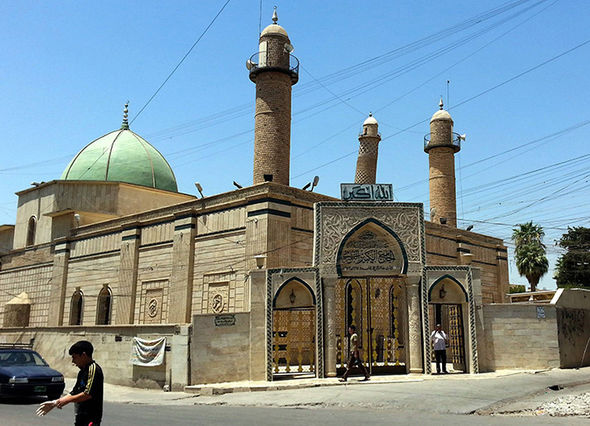 Lieutenant Colonel Mohammed al-Tamim added: “Daesh members don’t turn themselves in.“And if they don’t get killed, their last option is to blow themselves up and commit suicide.”

Iraqi’s prime minister Haider al-Abadi last week declared ISIS had admitted defeat by blowing up a mosque at the heart of its savage regime. 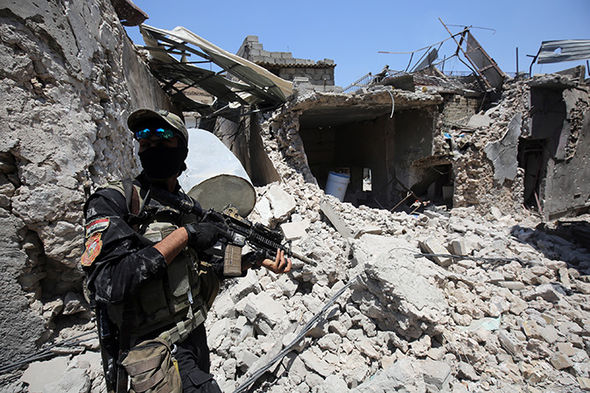 Mosul used to be an ISIS stronghold

The Iraqi PM said ISIS have admitted defeat in Mosul
The Grand al-Nuri Mosque of Mosul, where ISIS leader Abu Bakr al-Baghdadi declared the so-called Islamic State “caliphate”, was destroyed by desperate jihadis after Iraqi forces made significant advances on the terror group’s stronghold.Prime minister al-Abadi said the last-ditch move was a sign the extremists had admitted defeat.

The fall of Mosul, ISIS’s defacto capital, would effectively mark the end of terror group’s control in Iraq