At a European Parliament subcommittee meeting on human rights and development, Human Rights Watch called on the European Union and international community to take strong action against Ethiopia.

HRW senior researcher Felix Horne says he believes there is an unwillingness to address hard issues with Ethiopia because it has strong relationships with its international allies on development, migration and security.

Protests for wider political freedoms have been ongoing and led to the Ethiopian government’s recent declaration of a six-month state of emergency for the first time in more than 20 years. Ethiopia is the largest recipient of EU assistance. The European Union adopted a resolution last January condemning violence used by Ethiopian security forces. 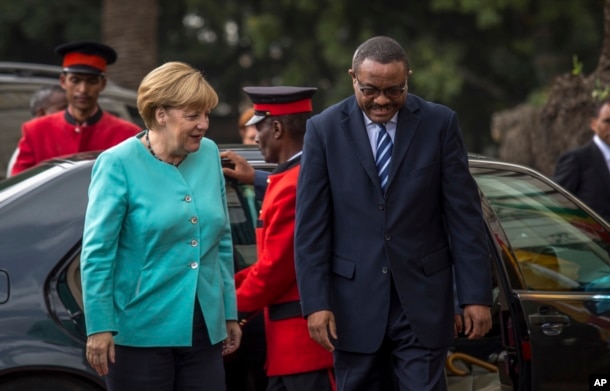 German Chancellor Angela Merkel visited Ethiopia this week. Although she refused to speak at the Ethiopian parliament for its lack of opposition members, she urged the government to open up the political space.

“It was important the message she passed that indeed there must be dialogue and open space for opposition and activists and critics of the government to exist,” Gomes said. ” That is a weak message nevertheless, because of course Germany has tremendous responsibilities in the position of the EU toward Ethiopia.”

The demonstrations have spread across the country and led to more than 500 deaths, according to rights groups. Ethiopia said this week foreign groups are stoking unrest in an attempt to overthrow the government.

Beaking News- Suspect detained after shots reported outside Ethiopian embassy. No one injured.