During their discussions, Ambassador Redwan reiterated the federal government’s commitment to peace in Ethiopia through its decisions to withhold the advance of its troops into the Tigray region.

Despite this, the State Minister said the terrorist group TPLF continued its aggression against adjacent regions, particularly Aba’ala, in the Afar region, demonstrating its intransigence to escalate the conflict.

Ambassador Redwan also remarked the government has reaffirmed its commitment to the aid flow into the Tigray region by reducing the number of checkpoints, increasing the amount of cash that humanitarian agencies bring to the region, and allowing daily humanitarian flights to Tigray.

He said the government initiatives for peace and commitment to unobstructed flow of humanitarian aid into the Tigray region have failed to be reciprocated by the TPLF and recognized by the International community.

The TPLF’s unceasing harassments of neighboring regions under unwarranted reasons and the pretexts of the shortage of fuel and insecurity to truck drivers coupled with the hijacked humanitarian trucks have continued to hamper the humanitarian operation in the region, he said.

In this regard, as long as the harassment of the Amhara and Afar regions by the TPLF continues, the government of Ethiopia will take measures deemed necessary to protect the wellbeing of innocent lives. 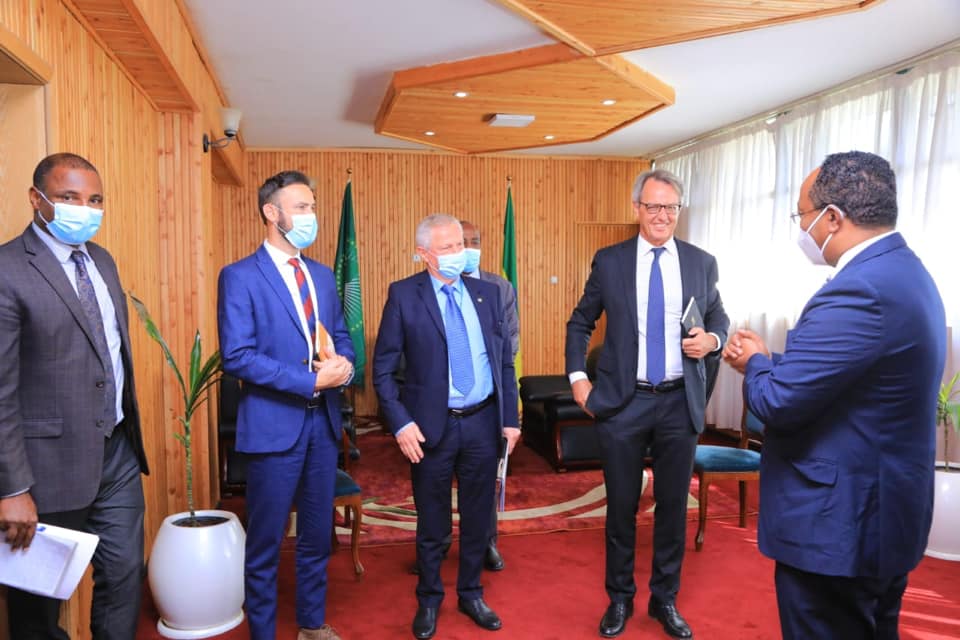 Mr. John Denford, on his part, praised the government’s approach to peace, noting that the TPLF’s attacks on adjacent regions, particularly in Abala were challenging the humanitarian operation.

According to the information obtained from the Ministry of foreign affairs Ethiopia, he said the WFP has plans to provide 700 tons of food aid in Ethiopia, including affected people in the Amhara and Afar regions.

The Regional Director also revealed the organization’s plan to support people affected by the current drought in East Africa, including Ethiopia, Kenya, and Somalia.

Upon halting the meeting, Ambassador Redwan underlined that the international community should hold the TPLF accountable for obstructing aid into the Tigray region, disregarding peace efforts, and harassing people in adjacent areas.