The Ethiopian prime minister has pledged to reform the security and intelligence forces of the country, saying his government will focus on establishing a system of accountability within these sectors.

The army and security forces have often been accused of using brutal forces and committing human rights violations in operations to repress protests against the government.

In a recent mishap, soldiers launched an attack that killed at least 12 civilians and wounded many in the southern border town of Moyale.

The attack which the army blamed on faulty intelligence caused thousands of Ethiopians to flee into neighbouring Kenya.

Addressing Ethiopians living in and around the capital Addis Ababa, Abiy also pledged to reform the judiciary where some laws like the Anti-Terrorism Proclamation and the Ethiopian Charities and Societies Proclamation have been described as repressive and restrictive on the democratic space in the country. 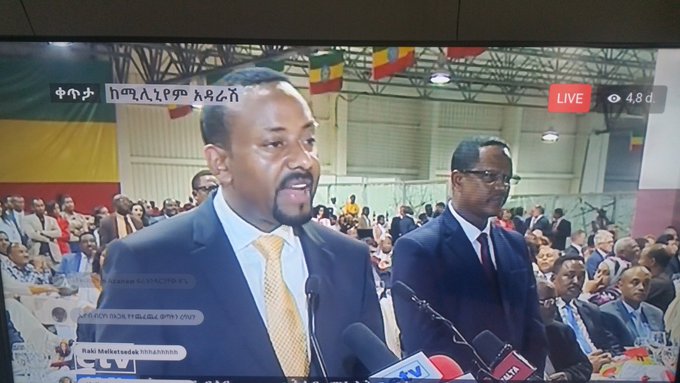 PM #AbiyAhmed said reforming the judiciary: revisiting repressive laws; opening up the democratic space & space for free & independent media will be his priority. He also said his gov. would work to connect with the demands of the youth & creat job opportunities. #Ethiopia

The new premier who is tasked with halting the anti government protests that have rocked the country since 2015 said his government would work to create job opportunities for the youth. Abiy added that the civil service will be revamped and state bureaucracy tackled.

Since taking office on April 2, Abiy has met opposition leaders and visited different regions of the country including the Oromiya region which was the epicenter of protests.

The ruling EPRDF coalition picked Abiy last month to replace Hailemariam Desalegn, who quit to clear the way for reforms in Ethiopia, Africa’s second most populous nation which has been racked by violence for the last three years.

After taking the oath of office, the former army lieutenant colonel struck a conciliatory tone and addressed the need for ethnic unity.

The Cruel Political Jokes of the T-TPLF in Ethiopia – Alemayehu G. Mariam