Egyptian media lashed out at Saudi Arabia over a high-level Saudi delegation visit to the Grand Ethiopian Renaissance Dam (GERD) during a short trip to Ethiopia on Friday. Experts said the decision to visit the GERD was an act of revenge against Egypt that could deepen tensions between the two countries.

Ahmed al-Khateeb, a senior adviser at the Saudi royal court and board chairman of the Saudi Fund for Development (SFD), visited the site and met Ethiopia’s Prime Minister Hailemariam Desalegn and other officials to discuss GERD’s construction project.

Khateeb’s trip came after the Saudi agriculture minister visited Ethiopia last week, making it the second visit by a Saudi official to Addis Ababa in less than a week.

On Saturday, Egyptian news commentator Mohamed Ali Khayr called on Riyadh to “review its policies before it can only blame itself for what ensues”.

“Egypt is not obliged to continue to contain its reactions towards Saudi Arabia… any interference [by Saudi Arabia] in the GERD project implies a direct threat to Egypt’s national security,” he said on Egyptian TV.

Khayr went as far as accusing Saudi policy makers of being “amateurs” that have caused bilateral relations between the two countries to completely break down as a result of this visit.

On Saturday, Ahmed Moussa, another journalist, threatened Saudi Arabia and the Gulf states that if they were to invest in Ethiopia, their investment would be lost in the Nile. 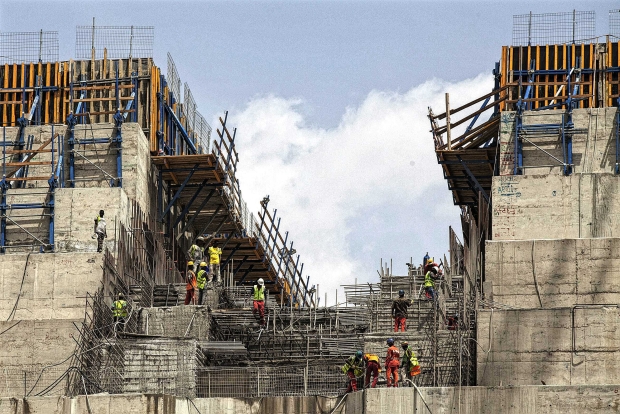 Moussa continued to condemn the visit over his talk show on Sada al-Balad, an Egyptian satellite TV channel.

“The GERD will not last forever, a volcano might erupt at any moment. So for those looking to invest billions [of dollars] in this project, your money might as well be going to waste,” said Moussa.

‘Egypt has many cards’

Egyptian media personalities were joined in their denunciation of the Saudi visit by several academics who voiced strong criticisms against the Gulf state for its policy.

“You will soon hear that we [Egypt] have the capacity to intervene in the Gulf region’s affairs and provide support for the royals who oppose current Saudi policies,” Tarek Fahmy, a lecturer at the American University in Cairo, told viewers of Sada al-Balad on Saturday.

Fahmy warned Saudi Arabia that Egypt’s patience is waning and that Cairo will no longer accept actions that threaten its national security.

“Egypt has many cards to pressure Saudi Arabia, which we have yet to use,” Fahmy said.

However, he added that Cairo wanted to continue its friendly relations with its “siblings in the Gulf”.

Meanwhile, Egyptian political science professor Hassan Nafaa told Daily News Egypt on Sunday that the visit was an indirect message from Saudi Arabia that it could align itself with anyone if Egypt does not comply with Saudi foreign policy.

Nafaa said the visit will likely increase tensions in Saudi-Egyptian relations, saying that Cairo would not be tolerating Saudi’s implicit support for the GERD. 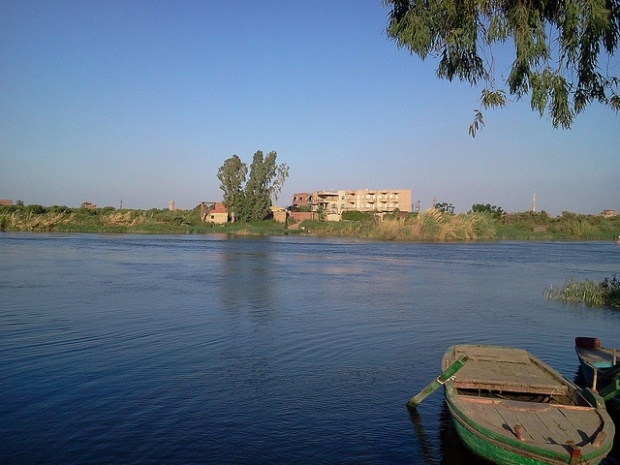 The 6,000-megawatt GERD, which is not yet 70 percent complete, is situated close to Ethiopia’s border with Sudan. While Ethiopia hopes it will be able to export energy generated by the dam, Egypt has long expressed concerns that the dam might reduce the amount of Nile water it receives, thus affecting its main source of irrigation water.

Relations between Cairo and Riyadh have soured since Egypt voted in favour of a UN Security Council draft resolution by Russia regarding the Syrian civil war.

Egypt took an opposing position to Saudi Arabia by choosing to support the Syrian government and army against rebel fighters – Saudi’s envoy to the UN described Egypt’s vote as “painful”.

Since the vote, the Saudi ministry of petroleum said that Aramco, the Saudi state-owned oil company, has suspended its oil aid to Egypt but that the five-year agreement is still in effect.

As Egypt’s alliance with Saudi Arabia continues to deteriorate, bilateral relations with Qatar have also been tested in a new series of obstacles.

Tensions grew after a Qatari national wrote on Twitter that Qatar will no longer be issuing work permits for Egyptians.

“Qatar has been extremely patient in regard to Egypt’s ‘dirty’ policies. It is now time for payback,” he added in the tweet.

After the tweet was mistakenly ascribed to deputy Qatari minister of trade Sultan bin Rashed al-Khater, news of Qatar’s “new policies” spread across Egyptian media platforms with Egyptian commentators condemning the alleged move as an official decision to deny Egyptians entry into the Gulf state.

‘Circulating information without verifying it has resulted in disastrous ramifications’

Spokesperson for the Egyptian prime ministry, Ashraf Sultan, issued a statement denying that Egyptian labourers had been expelled from Saudi Arabia and Qatar and confirming that the news was only a rumour.

In a television interview on Egyptian satellite TV channel Alassema 2, Sultan said: “We are completely transparent when it comes to information we receive. Any changes would be communicated directly to you all.”

Sultan said citizens should verify information before circulating it to avoid the spread of rumours such as this, it was reported by Elwehda news website.

At the same time, the minister of manpower, Mohamed Saafan, denied reports that Qatar had decided to reject applications by Egyptians for work permits, adding that there were 150,000 Egyptians working in Qatar at the moment.

Saafan said he met with the Qatari minister of labour on Thursday to discuss the rights of Egyptian workers in Qatar, highlighting that Egyptian-Qatari relations continue to be fully respectful.

Meanwhile, Egyptian commentator Jaber al-Qarmouty condemned the Egyptian media for circulating the tweet and building false reports upon it.

“Circulating information without verifying it has resulted in disastrous ramifications, which in this case can only be considered a slap in the face of Egyptian media personalities,” Elwehda news website quoted Qarmouty as saying.

Relations between Qatar and Egypt have been shaken since Doha showed support for former Egyptian President Mohammed Morsi – who was ousted in a military coup led by then General Abdel Fattah el-Sisi. Qatar has also voiced support for Morsi’s Muslim Brotherhood, which was outlawed by Cairo.

Egypt has accused Qatar of using state-funded Al Jazeera news network to tint the image of Egypt’s military by publishing news and documentaries that show the army in a negative light.

Let’s end Finfinnee saga, and shoot for the stars