By Larisa Brown and Jason Groves for the Daily Mail

British taxpayers will no longer fund Ethiopia’s version of the Spice Girls.

The pop group Yegna initially received £4million as part of a wider programme aimed at empowering women in Ethiopia.

Despite warnings of public money being squandered a further £5.2million followed in 2015 for an initiative expected to run until at least 2018.

A Daily Mail campaign has highlighted waste in the £12billion foreign aid budget at a time when social care is in crisis.

Miss Patel’s department said in a statement: ‘We have taken the decision to end our partnership following a review of the programme.

‘Empowering women and girls around the world remains a priority, but we judge there are more effective ways to invest UK aid and to deliver even better results for the world’s poorest and value for taxpayers’ money.’

Any of the £5.2million grant not already spent will not be paid out, said the Department for International Development.

A total of £38.9million was earmarked for the entire Girl Effect project – of which £27.1million had been spent by the end of 2015.

A further £11.8million was signed off in 2015 for another three years. It is not clear how much of this has been spent. 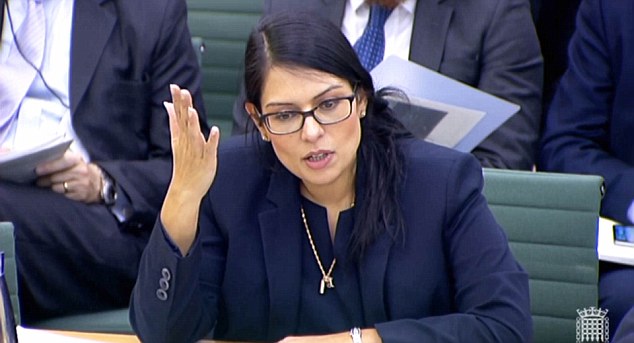 International Development Secretary Priti Patel was challenged about a reported £5.2 million grant to Yegna when she appeared before MPs in December

Tory MP Andrew Rosindell said of the cancellation: ‘This is a victory for the UK taxpayer and common sense by Priti Patel in making sure that British money is not squandered.’

Fellow Tory MP David Nuttall said: ‘I’m glad to hear that the Government is listening but it doesn’t mean that everything is now fixed. We must continue to ensure that taxpayers get real value for money.

‘Charity starts at home and while taxpayers understand money needs to be spent on international aid for famine and the neediest parts of the world, this a good example of where money was not being spent in this way.’

Nigel Evans, a senior Tory who challenged Miss Patel about the project at a Commons committee hearing last month, said: ‘She said she would review all spending and clearly she has demonstrated that she is doing just that and has no fear about attacking what I would term vanity projects.

‘She can now ensure that the money that people want to see spent on the very poorest and saving lives, producing medicine and drugs for the most vulnerable throughout the world – that money will now be spent far more effectively.’

Lisa Duffy, Ukip’s spokesman on international development, said: ‘Well done to the Daily Mail for highlighting just how our money has been wasted.’ The Independent Commission on Aid Impact warned ministers in 2013 to halt the Yegna project unless managers could show it was working.

The watchdog called for a review on whether funding was merited amid ‘significant concerns’ over plans to pour another £16million into the wider scheme.

The Daily Mail has highlighted a number of controversial projects including in Pakistan, where £1billion has been doled out in cash handouts in deprived regions despite repeated warnings of fraud.

A statement on the Girl Effect website said: ‘Yegna is only one example of Girl Effect’s work, and the change we are unleashing across all corners of the globe.

‘In four short years we have achieved irreversible momentum.’

Farah Ramzan Golant, Girl Effect’s chief executive, said: ‘We and our supporters across media, technology and business believe in the power of innovative, unconventional and efficient solutions to combating poverty at scale.

‘Yegna is a pioneering example of this. Now more than ever we are committed to leveraging this expertise to grow the impact of Yegna and all our programmes around the world.’

The announcement came on the day it emerged that an elderly woman died after spending 35 hours waiting on a trolley in A&E as the hospital went into ‘meltdown’.

Miss Duffy added: ‘It is tragic that this woman died whilst waiting for a bed to become available. Our government needs to look at the amount of money wasted on aid while home priorities are short of cash.

‘By reducing the foreign aid budget we can look after the priorities here in our country whilst still supporting those most in need abroad.’