(CNN)Bogaletch Gebre, the Ethiopian women’s rights activist who fought to end female genital mutilation, has died. She was said to be 66.

Gebre died in Los Angeles on November 2, according to KMG Ethiopia, the charity she founded with her sister. The organization did not say how she died, but the Los Angeles Times reports that she periodically came to the city for medical treatments after a car accident in 1987 left her with nerve damage.
After that accident, doctors told her she would never walk again. She went on to run five marathons, among many other achievements.
In 2010, The Independent called Gebre “the woman who began the rebellion of Ethiopian women.” Gebre, commonly know Boge, dedicated her life to empowering women and girls in Ethiopia, successfully changing attitudes around taboo subjects like female genital mutilation and educating women in rural communities.
The causes she championed hit close to home.

Gebre was born to a farming family in a remote village in Ethiopia’s Kembata region. She was one of 14 children, most of whom died in childhood.
When she was about 12 years old, Gebre underwent the practice of female genital mutilation that she would eventually spend her life fighting to end, her organization said on its website. 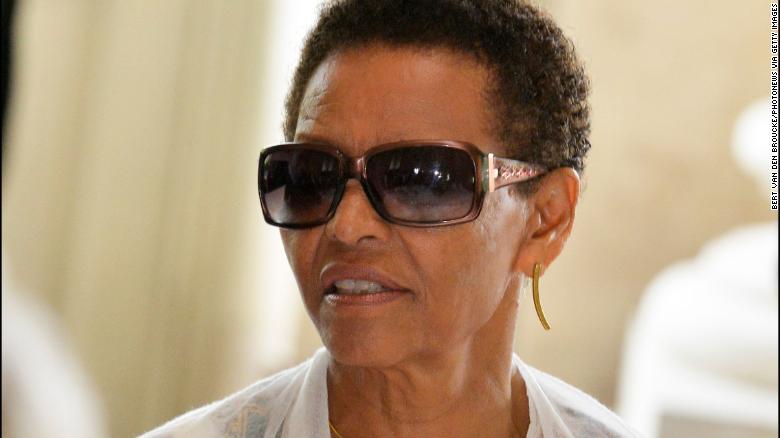 Bogaletch Gebre receives an award in Brussels for “confronting culturally entrenched taboo subjects” in her home country of Ethiopia on May 22, 2013.
She started attending school in secret, going against what was typically expected of Ethiopian girls at the time. She went to classes in the morning under the guise of fetching water for her family. With allies like her uncle, who helped her complete her chores, she soon learned to read, KMG says.
Gebre won a scholarship to go to school in Addis Ababa, and then went on to study microbiology in Israel, The Independent reported. From there, she went to the University of Massachusetts Amherst for her masters degree on a Fulbright scholarship. Eventually, she enrolled in a PhD program at the University of California, Los Angeles.
But as she was working on her PhD, she felt a greater calling. She knew she could have stayed in the US and lived a comfortable life. But she felt that her people needed her.
“Yes, I could have had a better house and gone jogging on the beach or gone to a spa every weekend. But is that what life is all about?” Gebre told The Independent in 2010. “Could I have stayed there knowing my sisters were being cut and abducted and turned into servants? Einstein said you start living when you give yourself out. I feel I’m living now.”
So in 1997, Gebre returned to Ethiopia with ambitions of transforming the lives of women and girls where she grew up.
Along with her sister Fikirte Gebre, she founded KMG Ethiopia, a non-profit organization dedicated to justice and equality for women and girls.

Through KMG, Gebre set out to make changes big and small in the lives of Ethiopian women.
Gebre’s charity is credited with virtually eliminating the practice of female genital mutilation in the region where she grew up. In areas where KMG Ethiopia operated, the rates of the practice decreased from nearly 100% in 1999 to less than 3% in 2008. 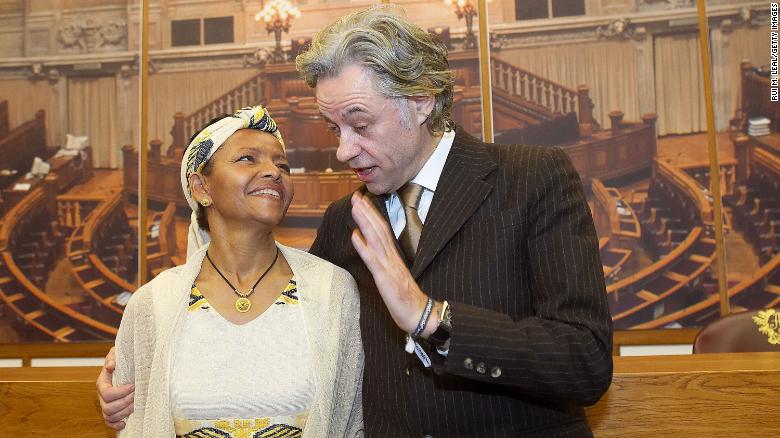 Bogaletch Gebre and Bob Geldof are awarded the North-South Prize at the Portuguese Parliament in Lisbon on November 21, 2005.
The organization also built roads and bridges, making daily life easier for people by cutting down on the time it took to go to the market or fetch firewood, according to its website. They took on environmental rehabilitation projects that made it easier for women to find firewood closer to home. They set up a mother and child health care center in the region, as well as a school. And they facilitated conversations in the community on taboo subjects like HIV/AIDS.
Most recently, KMG Ethiopia noted, Gebre received a “Women of the Decade in Community Leadership” Award at the Women Economic Forum in New Delhi for her “empowering leadership and stellar contributions.”
“Thanks to Boge’s vision, commitment and tenacity, millions of Ethiopian women are walking with their heads held high, demanding and receiving justice, being appointed and elected to public positions, and establishing their own militias to protect their rights and those of their daughters,” KMG Ethiopia said.
322
SHARES
FacebookTwitter

Searching for a silver bullet.