A blind female Ethiopian lawyer has been named a joint winner of the 2017 Right Livelihood Award, also known as Sweden’s alternative Nobel Prize.

The 35-year-old human rights lawyer Yetnebersh Nigussie was on Tuesday awarded 3 million Swedish crowns ($374,000) which will be shared among the three joint winners. 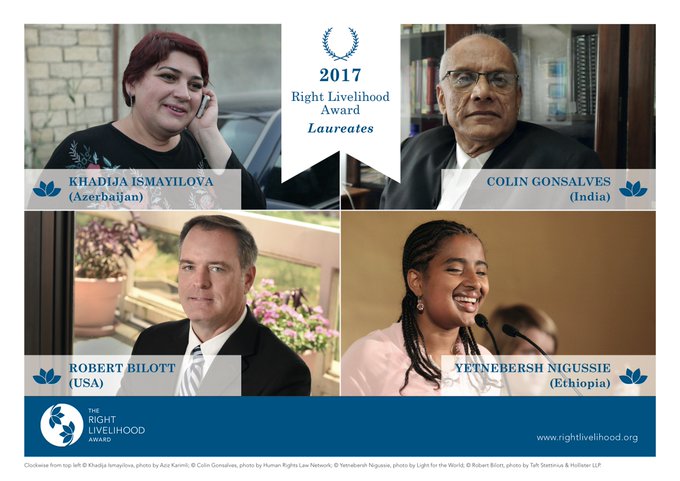 She was honoured for her inspiring work promoting the rights and inclusion of people with disabilities.

I started my fight, not by telling people, but showing people that I’m able to contribute. I have one disability but I have 99 abilities.

“I really want to see a world where nobody is discriminated because of his or her disability or any other status,” she told the Thompson Reuters Foundation.

“I started my fight, not by telling people, but showing people that I’m able to contribute. I have one disability but I have 99 abilities,” she added.

Yetnebersh Nigussie went blind at the age of five and was considered unfit in the community. Her parents enrolled her at the Catholic boarding school for girls with disabilities in the capital Addis Ababa where her life changed for the better, she narrated.

Nigussie, who is also a senior advisor at a charity that promotes disability rights said education was her turning point in her life and she pushed to make a difference.

She was one of three women to study law at Addis Ababa University in 2002 and she had to transcribe audio recordings of her legal books into braille throughout of her five-year degree.

“I was lucky to be educated. Education was a turning point that changed my blindness into an opportunity,” she said.

Yetnebersh Nigussie is among the first three blind women who went to law school and she helped establish the Center for Students with Disabilities at the Addis Ababa University and the Ethiopian Center for Disability and Development (ECDD).

She has won several awards and she says the Right Livelihood Award is her biggest so far. Nigussie is married with two daughters.