The Ethiopian government says all its nationals being held in jails in the United Arab Emirates (UAE) are due to be released soon.

This follows a meeting between Prime Minister Abiy Ahmed and UAE Crown Prince Sheikh Mohammed bin Zayed in Abu Dhabi over the weekend. Addis Ababa said they were now waiting for numbers and subsequent action.

Abiy crossed to UAE after what government said was a successful visit to the Kingdom of Saudi Arabia – his first trip outside of the continent.

In Dubai as in Riyadh, the two leaders discussed issues of mutual interest and looked at ways to better strengthen bilateral relations.

Whiles in Saudi, PM Abiy also secured the release of 1000 Ethiopian prisoners – comprising 900 men and 100 women. Close to 700 of that contingent have since been flown back to Addis Ababa.

Crown Prince of UAE has also agreed to free all #Ethiopian prisoners during HE PM Dr Abiy’s visit & now we are waiting for numbers & action while welcoming the first 690 KSA prisoners that landed AA Bole International Airport. We are grateful to the leaders of both #KSA & #UAE.

The Premier also visited the family of a young Ethiopian who became victim to a botched surgery in a Riyadh hospital.

His Chief of Staff, Fitsum Arega, late Sunday disclosed that Saudi Arabia had agreed to fully compensate the parents of Mohammed and to facilitate his return home to continue with treatment. 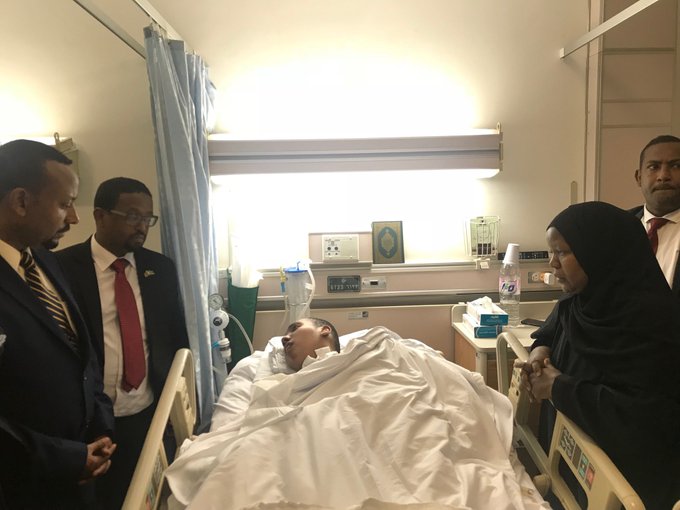 HE PM Dr Abiy Ahmed visited Mohammed today at the Hospital. Mohammed is a resilient fighter, and despite the nightmare that he has to endure, he is in a strong spirit. What a brave young man!

Ethiopia: A Country on the Brinks .[i]