Ethiopian Prime Minister Dr. Abiy Ahmed was photographed shaking hands with Andragachew (Andy) Tsige, who has been labelled a “terrorist” and was in incommunicado for the past four years after being abducted from Sanna, Yemen airport while transiting. Andy was just freed yesterday from jail.

He reportedly also had a meeting with Andy at the national palace today. The details of the meeting have not been revealed.

Andargachew Tsgie met HE PM Dr Abiy Ahmed today to express his gratitude for the government’s decision to grant him pardon. 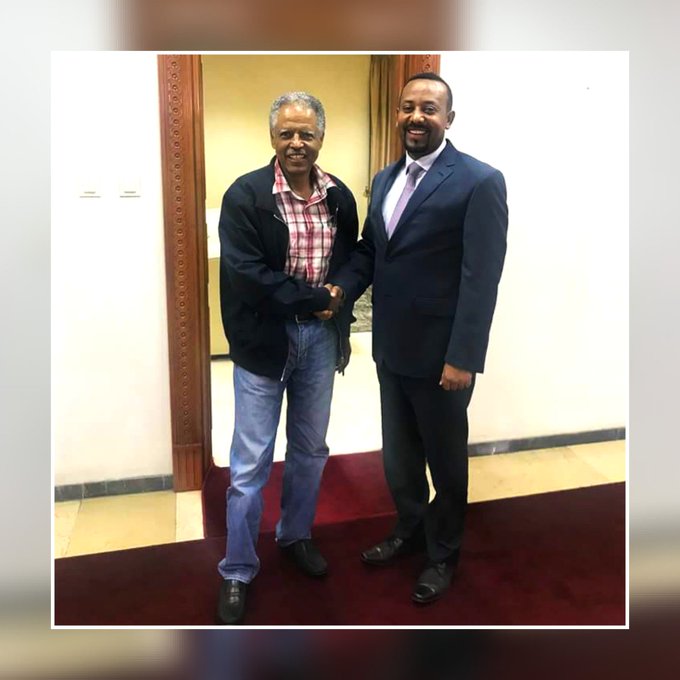 There you have it #Ethiopia
PM Dr Abiy Ahmed with Andargachew Tsege at the prime minister’s office – no details disclosed about their discussion, however Andargachew said “It’s hopeful”

This handshake photo is historic in that two people leading two extremely polarized parties, Andy’s Ginbot 7 being the fugitive opposition that had taken the brunt of Abiy’s repressive regime abuses and oppression. It is symbolic as well as significant in that it will have a huge impact in the politics, reconciliation and transformation of Ethiopia.