People are being downright unkind to an Ethiopian swimmer, body-shaming him for having what, in one of the more charitable comments, is called a dad bod.Robel Kiros Habte competed in the men’s 100-meter freestyle heats on Tuesday and finished last in the three-swimmer heat. 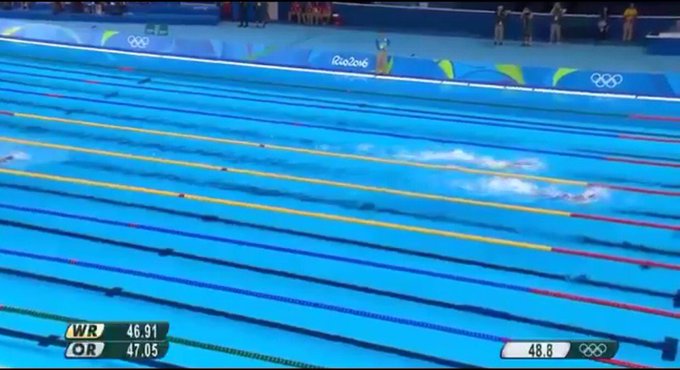 In yesterday’s 100m freestyle prelims, Ethiopia’s Robel Habte swam so slow he slipped off the screen

Overall, he finished last among the 59 competitors in the eight heats with a time of 1 minute 4.95 seconds. Habte confessed that his personal best was 59.08 seconds; Australia’s Kyle Chalmers won his heat with a time of 47.9 seconds.

Ecadf, an Ethiopian news site, called him “out of shape.” Others coldly called him “Robel the Whale.” Habte is 5 feet 9 and weighs 179 pounds. Chalmers, for instance, is 6-4 and weighs 194. 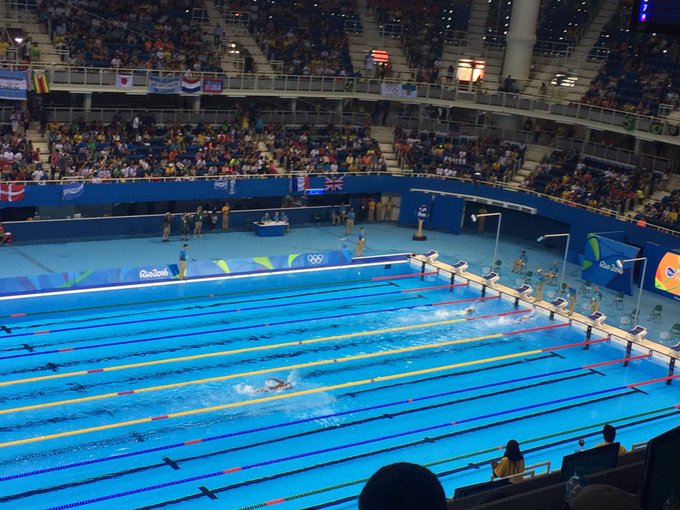 First cheer at the #Rio2016 pool goes to Ethiopia’s Robel Habte. Not quite Eric the Eel but close.

(Eric “the Eel” Moussambani of Equatorial Guinea completed the 100-meter freestyle in 1:52.72 during the Sydney Games.)

ROBEL THE WHALE HOW CAN THEY SLANDER MY PPL LIKE THIS

Get the top Olympics news by email

Major news and analysis from Rio, delivered to your inbox as it happens. And they’re off. (Al Bello/Getty Images)

And still others noted that Habte is the, ahem, son of the president of the country’s swimming federation.

#Ethiopia ‘s #RobelHabte. 59th place at #Rio2016 . With him is the #ETH swim federation president who’s HIS DAD.

Whatever brought him to Rio, the 24-year-old college student was a crowd favorite and was pretty happy just to be there.

“I wanted to do something different for my country, that’s why I chose swimming,” he told Reuters. “Everybody, every day you wake up in Ethiopia, you run. Not swimming. But I didn’t want to run, I wanted to be a swimmer. It didn’t matter where I finished.”

After spending most of her career in traditional print sports journalism, Cindy began blogging and tweeting, first as NFL/Redskins editor, and, since August 2010, at The Early Lead. She also is the social media editor for Sports.